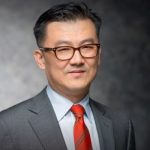 Thomas H. Lee is the Leitner Family Professor of International Law and Director of Graduate and International Studies at Fordham University School of Law in New York, and Of Counsel at Hughes, Hubbard & Reed. He has also been a Visiting Professor at Columbia Law School, Harvard Law School, and the University of Virginia School of Law. He has published many articles and book chapters on international law, international arbitration, U.S. constitutional law, and the U.S. federal courts.  His forthcoming book, Justifying War (Oxford), examines the history and logic of legal grounds for war. He holds A.B., A.M., and J.D. degrees from Harvard, where he was a Ph.D. candidate (ABD) in Government.  Before his academic career, he clerked for Judge Michael Boudin of the U.S. Court of Appeals for the First Circuit and for Justice David Souter of the U.S. Supreme Court, and worked at Munger, Tolles & Olson and Wachtell, Lipton, Rosen & Katz.  From 1991 to 1995, he served as a U.S. naval cryptology officer aboard warships and submarines and ashore in Korea and Japan and at the National Security Agency. He is a member of the ICSID Panel of Conciliators and of the American Law Institute.