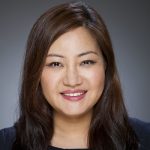 Rachel Yoo supports the firm’s Foreign Investment practice, which provides service to U.S. clients investing in North Asian clients seeking to establish a presence in the United States. She is also actively developing the firm’s corporate compliance counsel practice, which provides legal services to the EB-5 Regional Center. During her time as an in-house counsel, Rachel advised various developers in connection with the International Business District Development Project in Seoul on one of the project’s global capital investments. Rachel also advised a U.S. based investor on its acquisition of multiple offices and retail companies that use company-type collective investment vehicles in both the United States and Korea. Rachel is not only a native speaker of Korean, but also fluent in Japanese. She obtained two law degrees from the United States and Korea. She also received her M.B.A. degree through an U.S.A. – Korea International Program. In addition, Rachel serves as a member of the advisory board of the Korea Trade- Investment Promotion Agency (KOTRA), a non-profit governmental agency promoting international trade and investment. Rachel is licensed to practice law in New York State and in the United States District Court, Eastern District of New York. Rachel is a Partner in the Law Offices of Rachel J. Yoo, LLC and Of-Counsel to the medical malpractice defense law firm, Spiegel Leffler PLLC in NYC.