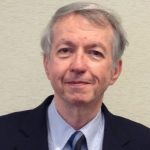 Mr. Pierce was admitted to the bar of the State of New York in 1982 and has spoken on labor and employment issues at meetings of the American Bar Association, the International Section of the New York State Bar Association and the International Bar Association, as well as the Practicing Law Institute, the American Chamber of Commerce in Japan, the Japanese Chamber of Commerce and Industry of New York, and the Japan Society. He received his law degree from the University of  Denver College of Law in 1981. He also holds a Master’s Degree in Sociology from the University of Northern Colorado and a Bachelor’s Degree with majors in Psychology and Japanese Language from the University of Colorado, Boulder.