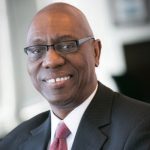 Victor Olds is Chief of the Professional Responsibility Bureau at the Bronx District Attorney’s Office.  He is also a Lecturer-in-Law at Columbia Law School where he has taught legal writing and appellate advocacy for the past eight years.  Mr. Olds has also taught as an adjunct professor at the law schools of Brooklyn, Fordham, Columbia, and Harvard. Aside from academic institutions, Mr. Olds has also instructed on trial and appellate advocacy at both the U.S. Department of Justice Advocacy Institute and the National Institute for Trial Advocacy (“NITA”).

Aside from the Bronx DA’s Office, Mr. Olds has served in numerous capacities of the New York City Department of Investigation including as First Deputy Commissioner and Acting Commissioner.  From 1988 through 2000, Mr. Olds served as an Assistant U.S. Attorney for the Southern District of New York in both the Civil and Criminal Divisions in, among other units, the Securities and Commodities Fraud Task Force. Mr. Olds’ prior experiences have also included numerous other positions in both private, and public sector settings where he has handled criminal and civil trial and appellate advocacy.

Currently, Mr. Olds serves on the New York City Bar’s Judiciary Committee and is involved in the City Bar’s subcommittee to assess the qualifications of United States Supreme Court nominee Brett Kavanaugh.  Mr. Olds was a Mayoral appointee as a Commissioner of the Civilian Complaint Review Board where he served from 2002 through 2008.  He is a member of the Metropolitan Black Bar Association (“MBBA”) and the Asian American Bar Association of New York (“AABANY”).  Mr. Olds is also a Harvard Law School Wasserstein Public Interest Law Fellow.