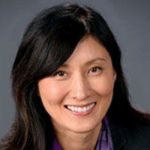 Suzanne A. Kim is Professor of Law and Judge Denny Chin Scholar at Rutgers University Law School. A recipient of the Dream Professor Award from the Association of Black Law Students at Rutgers Law, Professor Kim has been a visiting scholar at Emory University, Columbia Law School, and Cardozo School of Law and has also taught at Fordham Law School. She has served on the Rutgers University-Newark Chancellor’s Commission on Diversity and Transformation. A member of the Executive Committee of the Institute for Research on Women at Rutgers University, Professor Kim also serves on the Advisory Committee of the Rutgers University- Newark P3 Collaboratory for Pedagogy, Professional Development, and Publicly-Engaged Scholarship. Professor Kim is an elected fellow of the American Bar Foundation. She serves on the Board of Directors of the Asian American Bar Association of New York and on the Board of Advisors of the nonprofit organization Unchained at Last. She has served on the New Jersey Supreme Court Committee on Minority Concerns. Professor Kim has practiced law with Weil, Gotshal & Manges in New York and received the firm’s Pro Bono Service Award. She served as a law clerk to the Honorable Denny Chin, then of the United States District Court for the Southern District of New York and now of the United States Court of Appeals for the Second Circuit. Prior to joining Rutgers, Professor Kim was a lecturer at Stanford Law School in what is now the Thomas C. Grey Fellowship. Professor Kim earned a B.A. from Yale University and a J.D. from Georgetown University Law Center.

From Silos to Teamwork: Importance of Collaborative Leadership for Lawyers