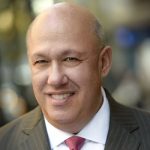 Mr. Berman is a seasoned litigator whose practice focuses on representing domestic and international companies and individuals in complex commercial disputes in courts and in arbitrations on both the plaintiff and defendant’s side with an emphasis on real estate matters, as well as on electronic discovery disputes.  Prior to joining Ganfer & Shore, he was an associate in the litigation department at Skadden, Arps, Slate, Meagher & Flom LLP.

Mr. Berman is on the Executive Committee of the New York State Bar Association as well as the Chair of its Committee on Technology and the Legal Profession. He is also a former Chair of the Commercial and Federal Litigation Section of the State Bar and the founding former Co-Chair of its Social Media Committee.