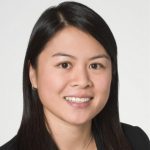 Marianne Chow Newman joined The Hearst Corporation in 2014, where she is a Counsel in the international corporate team in the Office of General Counsel.   She is based in New York and is one of the lead advisors to Hearst’s magazine licensing and brand development businesses in over 25 countries and helps oversee all contractual, intellectual property and other corporate legal matters relating to Hearst’s joint venture businesses in Germany, Spain, Russia and South Africa.  Marianne has also worked on international and domestic M&A transactions and was assigned to Hearst Magazines UK in London for three months in 2016.  Prior to joining Hearst, Marianne was a senior corporate associate at Paul, Weiss, Rifkind, Wharton & Garrison LLP, where she was a member of the Finance Group and primarily represented private equity sponsors and their portfolio companies in financing transactions, including acquisition and other leveraged financings and asset-based facilities.  Marianne received her J.D. from University of Michigan Law School in 2007. Prior to law school, she was a Fulbright Fellow in Yokohama, Japan and earned her B.A., magna cum laude, from Tufts University in 2003 where she majored in International Relations and minored in Japanese.  Outside of work, Marianne currently volunteers as a member of the Board of Directors of the Asian American Bar Association of New York and as the Chief Administrative and Regulatory Officer of the non-profit organization Don H. Liu Scholars Program, Inc.

From Silos to Teamwork: Importance of Collaborative Leadership for Lawyers