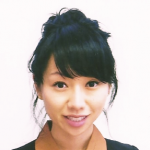 Julie Huh is part of the New Media legal team at Marvel Entertainment in New York. Prior to moving to New York, Julie was part of Marvel Television’s Business and Legal Affairs group where she negotiated talent deals for Marvel’s SVOD shows and animation projects. Before moving to Marvel’s TV department, Julie was a production attorney for Marvel’s Studios, working on a range of talent, production and marketing agreements for Marvel’s films. Julie received her J.D. from the University of Chicago and her B.A. from the University of Pennsylvania. Before law school, Julie worked in the fashion industry for 4 years and graduated from the Fashion Institute of Design and Merchandise in Los Angeles. Julie is an active member of the Television Academy, Disney’s Lawyers of Color, and Disney’s Women Lawyers.