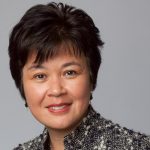 Lorna G. Schofield is a United States District Judge for the Southern District of New York.  She was nominated in 2012 by President Obama and confirmed by a unanimous vote of the US Senate.  For 20 years previously, Judge Schofield was a litigation partner at Debevoise & Plimpton LLP in its New York office.  Her practice focused on litigation in complex commercial matters, including regulatory and white collar criminal investigations, class actions, corporate bankruptcies, and other business disputes.  Her trials included the successful defense of Rosie O’Donnell in her contract claim against the publisher of Rosie Magazine, and of a big four accounting firm in a class action in which the jury returned a defense verdict after only 30 minutes.  Judge Schofield previously served as a federal prosecutor and worked on cases involving arms dealing, domestic terrorism and white collar crime. She began her legal career as an associate at Cleary Gottlieb Steen & Hamilton. She is a former Chair of the Section of Litigation of the American Bar Association.  Judge Schofield has written and spoken frequently about trial tactics and women in the legal profession.