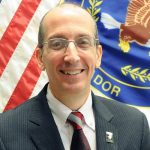 Gary Port retired as Lieutenant Colonel, Judge Advocate General’s Corps., in 2015, after more than 30 years of service in the U.S. Army and the U.S. Army Reserve.  During his military career, Mr. Port served as the Staff Judge Advocate for the 78th Training Division (TPU), Chief of Administrative Boards 77th ARCOM/RRC (TPU), Defense Counsel, Trial Defense Service (AD), among others.

After leaving active duty in 1990 Mr. Port was an assistant district attorney in New York City during the crack cocaine crisis. He presented over 700 indictments to the grand jury, while the “on-call” district attorney took numerous homicide confessions, as a complaint room supervisor would process on average 75 to 100 arrests per shift, and managed a case load of approximately 200 matters at any given time. After leaving the District Attorney’s Office in 1993, Mr. Port worked for Kanterman, Taub and Breitner, a New York City based insurance defense firm. He later worked at Schneider Harris, a Long Island boutique law firm specializing in representation of medical professionals. Mr. Port founded his own firm in 2002, and in 2006 was joined by Captain George Sava to create Port and Sava. This is a general practice firm with a concentration in assisting service members, veterans and dependents.

Mr. Port is also a Visiting Assistant Professor of Law at Hofstra University Law School, where he runs, under the auspices of the Gittenstein Institute for Health, a Pro Bono legal services program for Veterans.

Mr. Port holds a J.D. from Brooklyn Law School, 1986 and B.A. with a double major in History and Psychology from New York University.