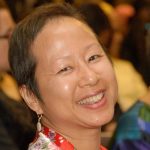 Activism Through Advocacy: How Lawyers Can Fight For the Public Good