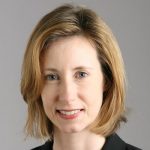 Ms. Brayton had previously served as assistant secretary and assistant general counsel beginning in 2009. Ms. Brayton joined the Times Company in 2004 as counsel and was promoted to senior counsel in 2007.

Previously, Ms. Brayton was vice president and counsel in the legal department of Credit Suisse First Boston from 2002 to 2004 and an associate at the law firm of Cleary, Gottlieb, Steen & Hamilton in New York, Moscow and London from 1997 to 2002. From 1996 to 1997, she was a clerk for the Honorable W. Eugene Davis of the United States Court of Appeals, for the Fifth Circuit.